Quality combined with service and extensive knowledge of the requirements and applications our Lead products are used for in today's sector. 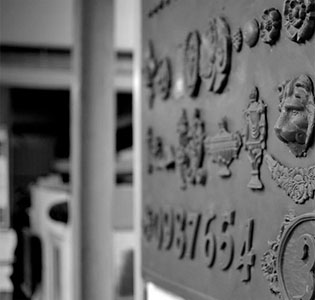 Traceable manufacture of sheet and fabricated products on site, giving our clients confidence and a quick turnaround of orders for pick up or delivery. Our Trade Counter offers both pick up for urgent orders placed, and on job required products for both regional trade and those looking for on job essentials.

A history within the industry enables us to provide the best advice and support for the many types of customer who sell and fit our lead products nationally. A passion for the skills of old and an understanding of our customer's requirements for today's projects enable us to be the manufacturer for the specified and sustainable quality of the product.

All our lead is manufactured from raw ingots sourced with full chemical certification to ensure that we can be confident of the composition and quality of our lead.

As we manufacture our lead on site we can size according to your specifications, although we stock standard 3m or 6m rolls we can produce to order anything up to 6m long and from 100mm to 1400mm wide. We can even roll non-standard thickness up to 6mm, meaning we can cater to almost any architect’s requirements. Our website provides quick and easy access to required data sheets and weights guide.

Lead is one of the only fully recyclable materials available in roofing, making it an ideal product for the environmentally conscious.

Both ourselves and our raw material producer take our responsibility to the environment very seriously, and we are both ISO14001:2015 accredited by BSI for our manufacturing processes.

As a manufacturer as well as a retailer we are never reliant on waiting for stock to arrive, and even the majority of rolled to order specifications can be despatched same day if ordered before 12noon.

We need stocks of all codes from 3-8 as standard, and these can be collected from us with as little as 30 mins notice.

We welcome trade customers whether at our trade counter, online, over the phone and fax where you require. Opening an account is easy...

Please note, all account applications are subject to proof of identity and / or credit checks, depending on the type of account requested.

Download our Company Information Pack including our Declaration of Performance here

Lead is a 100% recyclable material making it a very sustainable and environmentally friendly product.

Lead’s comparatively low melting point and cost-effective production means that it has a lower impact on the environment than the production of other man-made synthetic lead alternatives. At Central Milled Lead we take our responsibility to the environment very seriously and our entire operation is accredited by BSI under their ISO 14001:2015 Environmental Management System and is audited yearly by them.

Established in 1987 by Ronald Morgan, Morgan Athersmith and Co. was a small lead merchant reselling lead sheet, producing a range of lead fabrications and offering an on-site installation service for the local Construction industry.

Over the years with a lot of hard work the business grew and developed its product range and customer base. In the late 90’s a decision was made to introduce a new rolling mill with the idea that the company would be free from price control and would be able to produce rolled lead to service its fabrication and merchant trade counter. A gap in the market was identified and the decision was made to take the Rolled Sheet Lead to market at a national level, to coincide with this Central Milled Lead was established in 2001.

Today under the control of Cameron Morgan, Central Milled Lead has a dedicated site for rolled lead manufacture and supply as well as separate premises for the trade counter and fabrication workshop.

The company’s recent rebrand in 2019 has marked further development in the business as we move forward and look to increase our product’s availability through resellers, and direct to fabricators nationwide, while supporting our local tradesmen, installers, and fabricators as we grow.

Continuing to manufacturing quality lead products for today's requirements, with personal service and fast delivery. Contact Central Milled Lead to see how we can help you.